04/11/21: Ismortah has started streaming again! Be sure to check out twitch.tv/ismortah
Ismortah Board Games! Sat 9am-10am+ CST
Ismortah Video Games! Sun 9am-10am+ CST
Scheduling and content updates can be found at Twitter.com/shadowbalance
09/11/20: Today marks the last day Shadow Balance Games is a business, as the LLC will be closing. I will still use the brand for future games and social medias, but no longer a for-profit entity.
03/2/20: For those in the area or going I will be at GAMA Expo next week if you want to meet up. I should also have all 3 of my ELEMANCERS: Light and Dark prototypes by then as well if want to play or borrow. https://www.gama.org/page/gama-expo
02/24/20: Thanks for your Support and Project Closure
So awesome to have so many individuals supporting my game project and/or interested in getting a copy of the game! Everyone that has played the game has enjoyed....but unfortunately I was not able to get the game exposed to enough people to earn the backers required to support mass production of the game.

My direct contact list and marketing/outreach campaign has been exhausted, and there has not been a significant increase in support to warrant putting more money into it. Due to this I will be canceling the game project on Kickstarter tonight. I still have my 3 prototype builds which I am eager to share with others, I just cannot afford or except the risk of mass production without getting funding at this point in time.

Thanks again to all who have shown interest in this game....it truly means the world to me. I completed my dream of making a board game and I will look into other means to share it with others in the months to come. 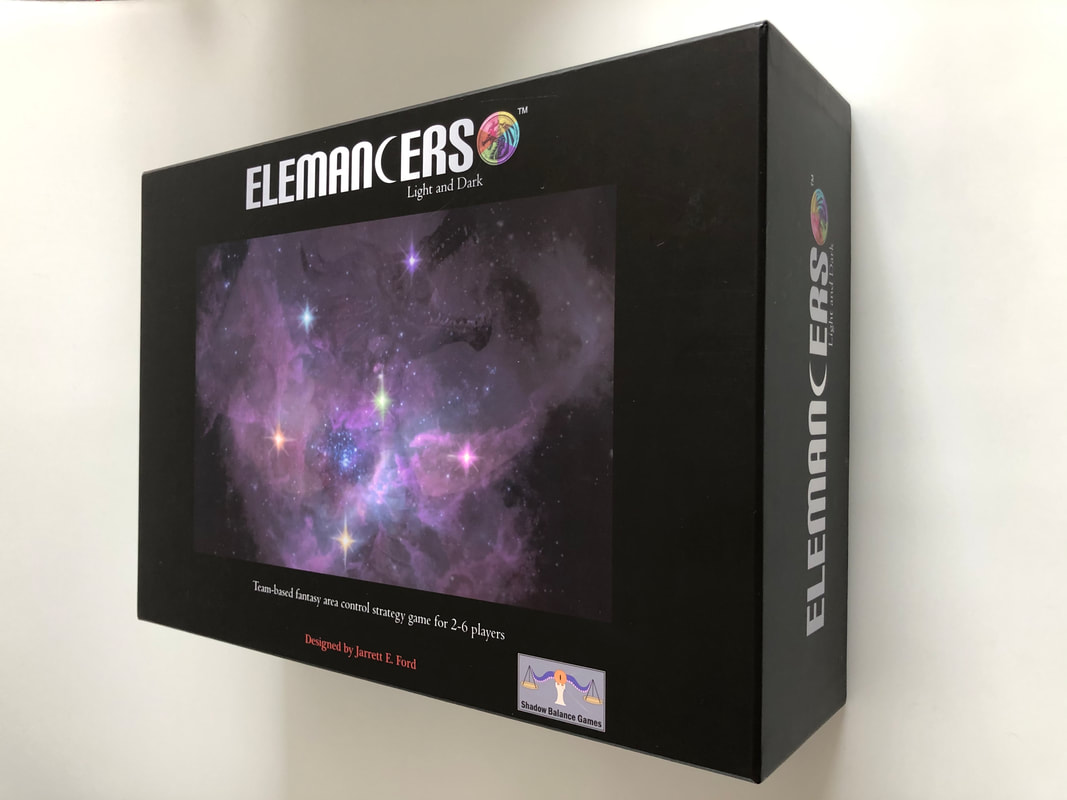 Conventions!
Over the course of the last month was convention season for me. I attended 3 conventions! Big Bad Con and Gamehole Con I demoed ELEMANCERS: Light and Dark and obtained great reception and feedback from the Beta Build of the game. Both conventions were a lot of fun and now I definitely want to hit them up again next year. Reno Pop Culture Con....was freaking amazing! I got to see some of my fav celebrities (pics below) and met some impressive comic artists I got some sweet art from. That was the first year this fan convention was in Reno, and I sooo hope they come back again next year.

KS Build lock!
From my UX analysis of the Beta Build and feedback I obtained from players, I was able to make several small but necessary changes to the game, which is great because the whole point of the Beta Build is to get polish feedback (small changes to text or art or usability....nothing at this stage should be game breaking... as those should be addressed in Alpha). Its funny how every time I touch the game it just gets better, and I believe it is at a great place now that I can proceed with marketing activities and mass exposure.

Game Master Companion!
This is the big chunk of work I have most recently been working on and trying to finish up. I am not providing what you would think of as a "typical" rulebook slammed with all information known to man in it. My emphasis instead is making a Game Master Companion (GMC). I already have the ruleset available as a foldable card for each player. What the GMC will do is be geared for the person hosting the game as a guide for how to teach the game, share strategies, and step by step how to setup and take down the game, as well as provide rule clarifications. So its like a classical rulebook, but the geared audience is for the GM not a player. The hurdle of learning a game and having questionable experiences with a GM is what I am trying to solve for in my own way.

Looking ahead!
What I am working on next is polish for the GMC and gamebox, outreaching for previews/live play through videos, and printing the KS Build. I will also start doing blindtesting to ensure players can figure out how to use the GMC, setup the game, and navigate playing the game. Finally, the process for reaching out for quotes for mass production, fulfillment and shipping will begin. Lots of moving pieces but everything is moving along nicely. So exciting!

Thanks for listening and for your support. More updates in December.

It is time again for another ELEMANCERS update for you all. Exciting to see the game coming together. I will try to keep this brief and informative.

The Kickstarter will be running 10/11 - 11/11 (not advertised yet), so the above will be the major events showcasing the game during the convention live (other than some smaller venues probably in Reno/Sparks/Carson City area local to me and some live twitch/youtube streams of the game).

For August, I will be getting all game assets ready for printing Beta Build this month as well as for digital media marketing (ads + kickstarter campaign + shareable files). I will also continue to test and refine gameplay and begin work on designing the rulebook and gamebox. There will also be a polish pass on flavor text which will be included in the Kickstarter (digital) Build of the game.

More to come .... time to get back to the game creation!

- Jarrett (aka Ismortah)
7/30/19:  Got the first of 4 legendary weapon illustrations completed for #ELEMANCERS! This is the Draconic Lexicon.... a magic scroll various Dragon powers when unlocked in game! 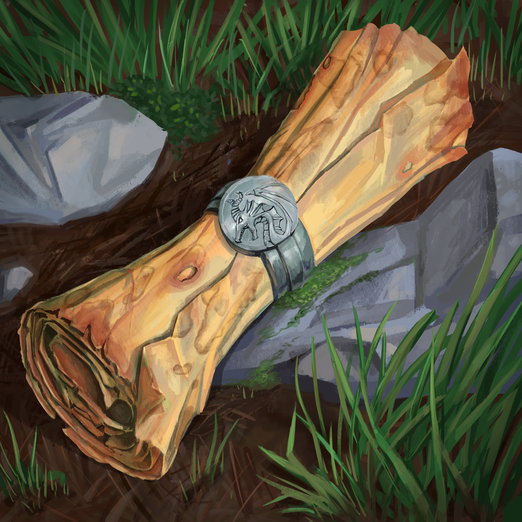 7/18/19:  #ELEMANCERS will have Beta Build demos at Big Bad Con and Pacificon Game Expo! Come by to check out the game before the Kickstarter in October! Also updates to Upcoming Event, Gallery and Videos pages www.shadowbalancegames.com.
7/9/19: ELEMANCERS Update July 2019!

It was nice I was able to see the show from my apartment window since I live on a hill, so did not have to wait around outside. 'Merica! I do have some monthly updates (course in this instance has been a couple months since also prep work for RageCon which was last weekend) to share.

Subscription and Video Updates
Shadow Balance Games now has a email subscription you can join on their main page @ shadowbalancegames.com, anyone can get this monthly update as well as weekly updates once the Kickstarter goes live. There are also video updates of me going into ELEMANCERS stuff which you can find on Shadow Balance Games on YouTube and/or twitch.tv/ismortah

RageCon
The weekend of June 28th-30th was RageCon (Reno Area Game Expo) in Reno, NV. This is the largest board game convention in northern, NV. This year doubled in size again with over 1k people attending. This year was also the first year they started introducing some game design stuff to the venue as well. Other than me GMing Fury of Dracula, demoing ELEMANCERS and playing some other board games....I had participated in a Game Design Contest, where teams of people all ages/skills would get together to design a game in an hour and then pitch it. It was a lot of fun getting younger kids into the process. I was also on a panel of game designers which were interviewed by a live podcast, to share what our experiences were designing board games, what makes us tick, and how we do what we do. Got great reception for ELEMANCERS which pushes me to get this baby completed!

June Progress
June there was a lot of getting the early Beta Build ready for RageCon (which is the last build before my Beta Build -- most professional and complete build of my game pre-kickstarter). The early Beta Build is my Alpha Build with Beta gameplay and rules text, which is used for gametesting. Gameplay was tweaked and now has a more fun area control and immersive experience playing as each clan/faction. UI icons are now locked with couple icons updates, while couple new color variations like white/black and new pink hue used for gameplay (to account for color blindness). A new illustrator also joined the team to provide a unique style/detail to the Legendary Weapons in the game, to make them feel bigger and pop. Location/creature art polish was also completed and locked. Lastly, Shadow Balance Games and ELEMANCERS logos were updated.

July Plans
For July, this month is mostly dedicated to completing anything UI remaining for the game project, this way the Beta Build can be sent for production beginning of August. Any backgrounds, bordering, name plates, and flavor/story text will be completed this month. The flavor text is what really will add to the descriptions of Battle Cards, Lore Cards and Saga Cards in the game. Legendary Weapon illustrations will be completed this month. Any work on expansion/deluxe edition material (which will be communicated during the Kickstarter) will be started (like miniature printing and Citadel artwork for example). Gameplay length will also be robustly tested to find the sweet spot for communicating on the game box and Kickstarter how long the game takes to play on average. Finally, printing assets will also be prepared beginning of August so a new prototype can be made.

Thanks for listening to the long update. Wanted to keep you in the loop and will share more next month!
​
- Jarrett (aka Ismortah)
6/19/19: Few location art updates for #ELEMANCERS 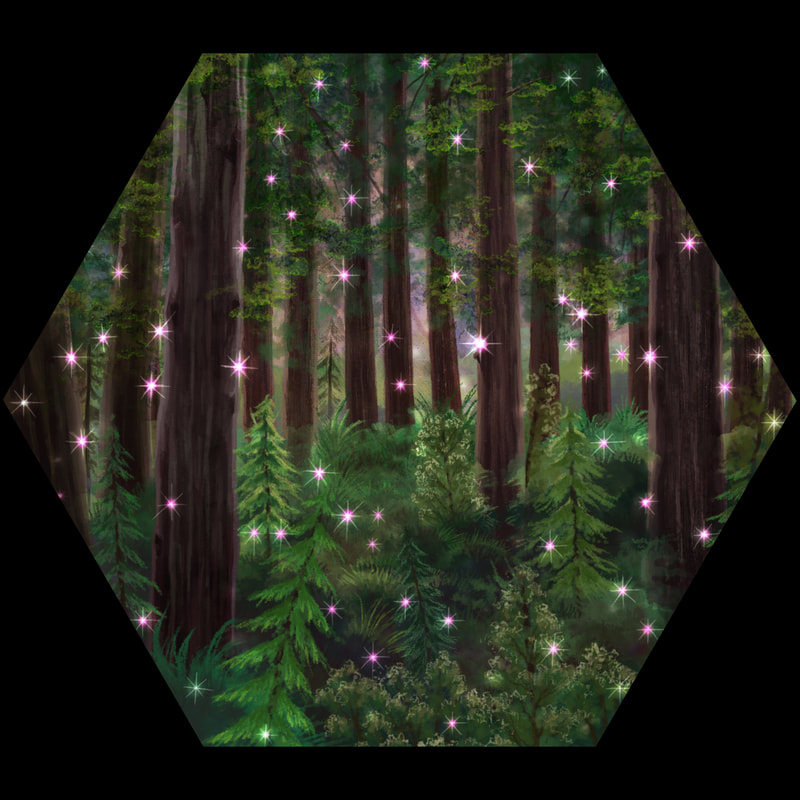 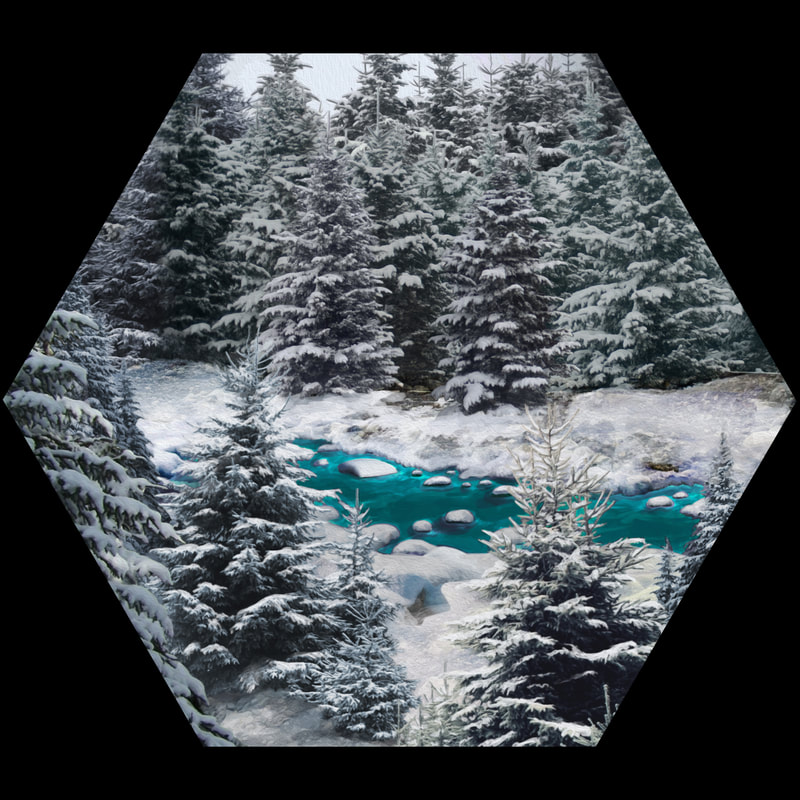 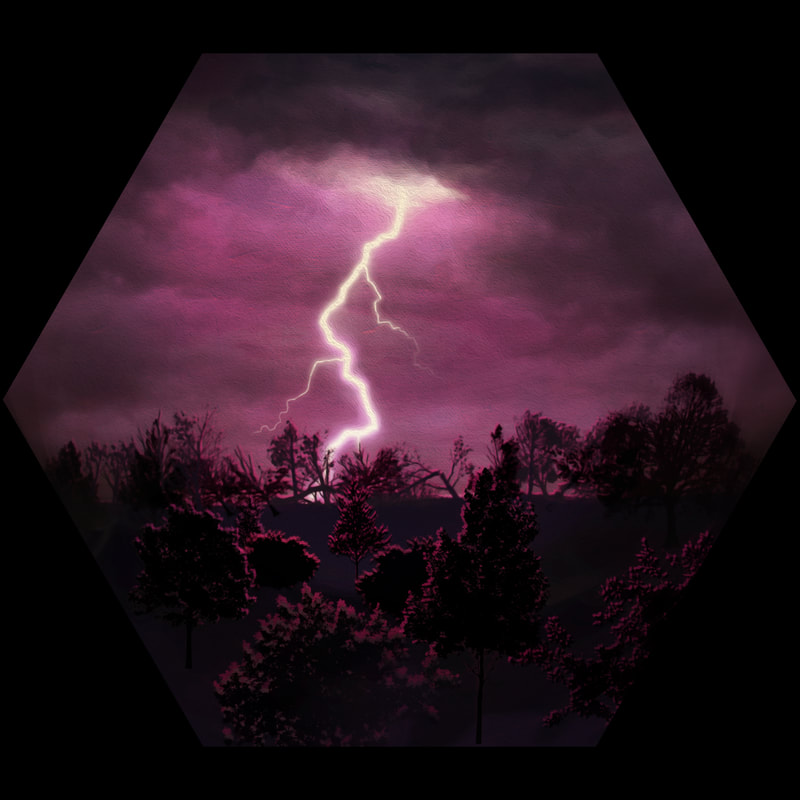 5/29/19: New #ELEMANCERS stream sharing social media and playtesting updates here
4/2/19: Another round of 30 Day Projects with the DayKnights! #ELEMANCERS work on this push can view here
3/19/19: New streaming schedule can be found here
3/9/19: Video game, board game and #ELEMANCERS content will now also be shared on YouTube and Twitch! Links above
2/10/19: Heading to DunDraCon, San Ramon, CA for some design game testing!

​If in the neighborhood you can come check out #ELEMANCERS in the Protospiel room. Jarrett will also be GMing the following games at the event: Cry Havok, Axis & Allies & Zombies, and Fireball Island (remake). Come on down and have some fun!
12/29/18: #ELEMANCERS Alpha Build. Ready for play testing!
12/14/18: Another #ELEMANCERS goody. Umizoa (God of Light) 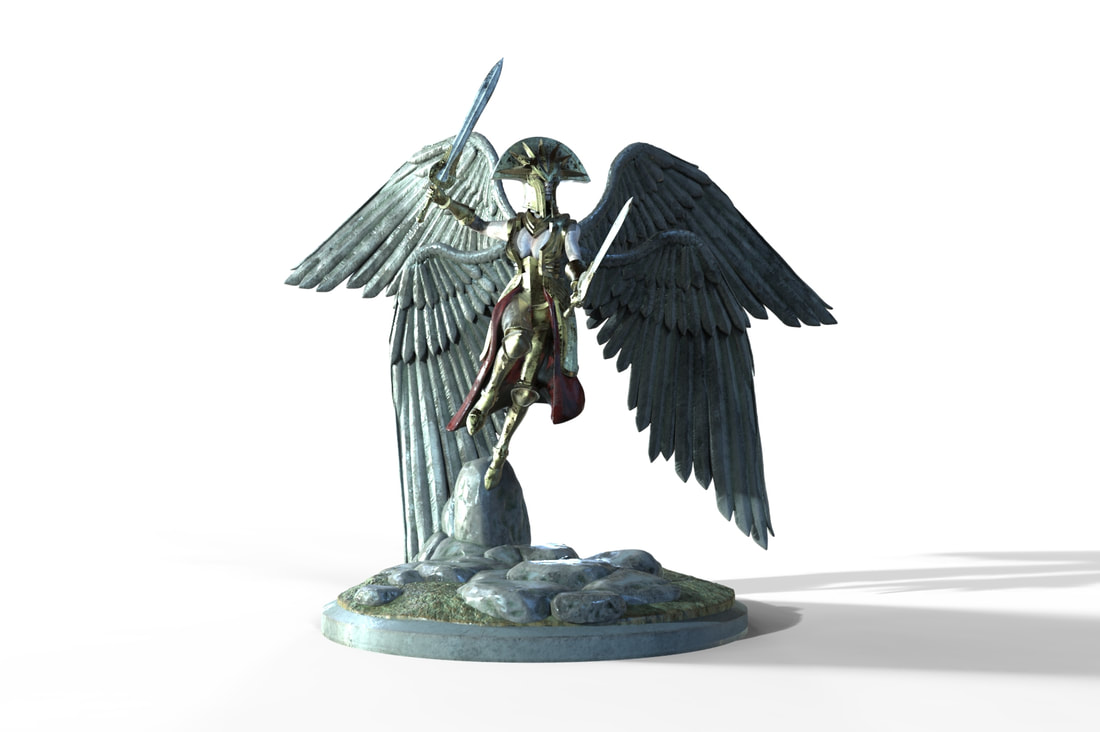 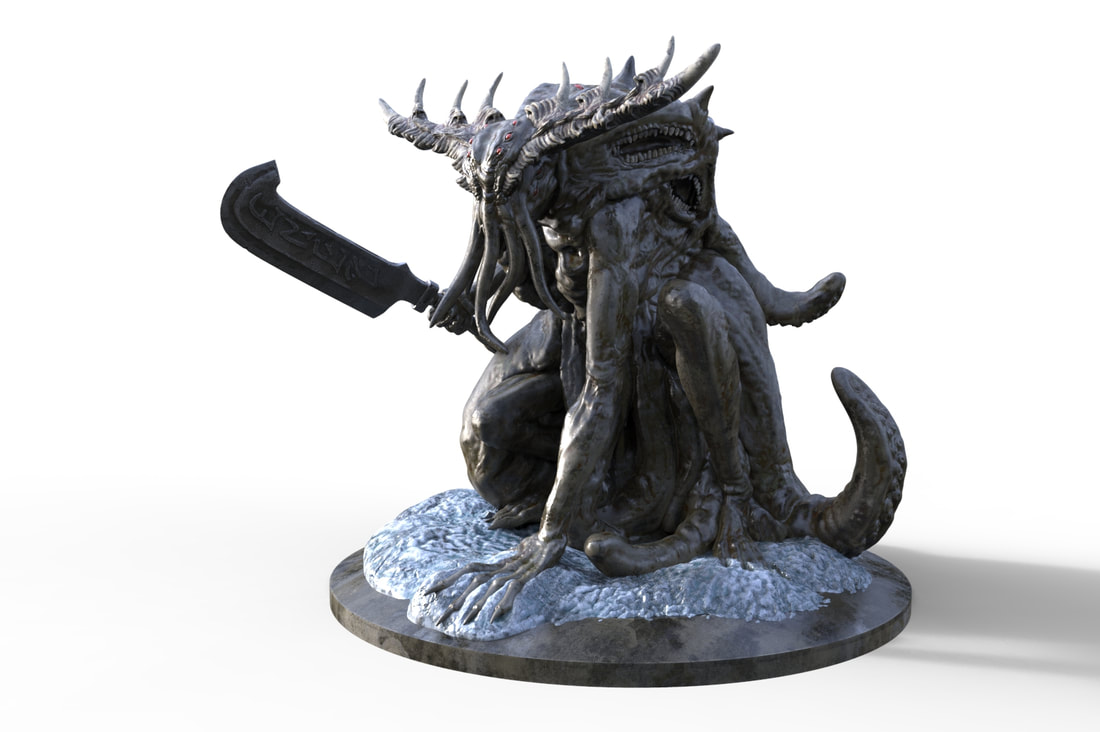 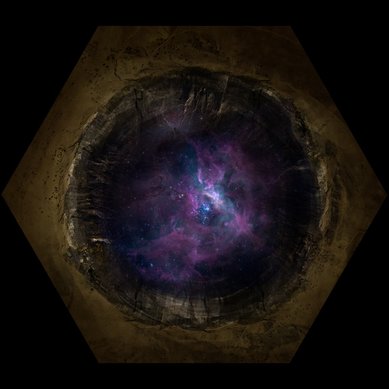 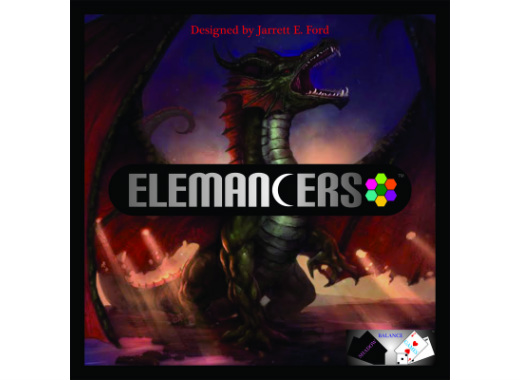 I wanted to inform everyone that ELEMANCERS is still undergoing a redesign and to please follow us on www.facebook.com/shadowbalancegames and https://twitter.com/ShadowBalance for regular updates.

Game additions, improvements, pics and more will be added on shadowbalancegames.com when it becomes available.

Our soft goal is to have a beta build by Q12016 and a new Kickstarter launch in 2016. In a nutshell, we are adding expansion content to the core game, location art, redesign of the UI, and expanding the game for 2-6 players, new game pieces, and so much more!

Thanks for the support!

08/23/14: The Cosmos is out of balance. Who will stand up to the Dark Faction? The Light Faction! Here is a listing of all Light Faction creatures in#ELEMANCERS!

08/21/14: ISMORTAH cannot win the war alone. Everyone needs friends. Here is a listing of all Dark Faction creatures in #ELEMANCERS!

04/27/14: Today is the grand unveiling of our first board game under production, and we are excited to share it with you! Check out the link below! 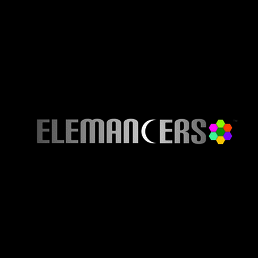